What Can We Learn from a Bully?

This post has been simmering and stewing for most of the month.  I am not an authority on bullying.  I don’t have all the answers, but I do know that this issue must be addressed by everyone.  These are my thoughts and opinions - nothing more, nothing less.

Twice last month I heard about instances of adult bullying.  That’s right, not on the school yard or the bus, not at the playground; but in adult circles that are supposedly supportive of one another.
Why do we bully others?  Are we afraid?  Are we aggressive?  Are we sure we would be bullied if we did not first bully the other?  I believe it is all of those and more, and I have been on both sides of the bullying issue as a child and as an adult.  It’s easier to bully when you have allies, yes; but some of us bully on our own.  And what in the world should we do when we witness an act of bullying?  Silence?  Confrontation?  Report it?  To whom? 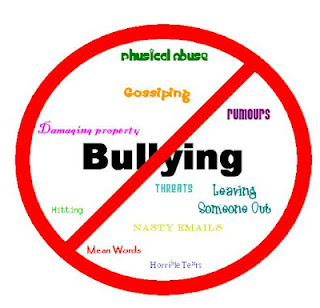 As a child, my two friends who were sisters and I bullied our younger siblings usually in our fantastical discussions, but sometimes for real.  In turn I was physically bullied by my younger sister when she grew bigger than I until I stood up to her.  I was an easy target in school since I was one of the youngest children in the class.  In first grade we emulated the older kids and had gangs.  Everyone was expected to join one side or the other.  Being naïve, I joined Betty’s gang because then she would let me borrow her pink crayon.  I only had eight crayons in my box.  And Arthur, he beat up everybody no matter what gang they belonged to.  I was very careful not to sit near him on the bus.
I’m not sure how much the adults in my life knew about what was going on.  It certainly seemed like they were oblivious, expecting us to act like innocent children which we were not.  And a fair number of those adults were bullies in their own right including my own dear mother.  It was life and you dealt with it best you could.
As an adult, I have been bullied by both employers and colleagues.  Neither is any fun.  Now I work for myself and consider that a big plus.  But when one wants to sell their product or services, there is the public and the possibility of bullying raising its ugly head.  Today’s children see examples of adult bullying all around them, just look at what our political process has degenerated into.  Cyber bullying is something new as well.  Not only is it easier to bully when the bully has allies, but it is also easier to bully anonymously.
Programs that attempt to show bullying for what it is and prevent bullying from happening are on the rise.  And yet, adults still turn a blind eye and at time participate in the bullying.  I don’t know what the final answer will/should be.  Thoughts?
There is an ancient Chinese folktale that was first told not to prevent bullying, but to show a Leader that his General was not more feared than he.  But it also speaks to dealing with a bully.  Here is a synopsis.   The whole story is in my forthcoming book, Old China through the Eyes of a Storyteller. 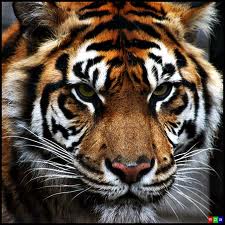 “I don’t think so,” replied Fox.  “I am already King of the Forrest by proclamation of the Heavenly Emperor!”
Tiger was taken aback.  He wasn’t sure what to do.  So he demanded, “Prove it!”
“Follow me,” stated Fox, “and you will see.”
Tiger closely followed Fox through the forest.  Seeing how all the animals quickly ran away as they approached.
Finally, Fox turned to Tiger and said, “See I am King of the Forest!”
Tiger was afraid.  He ran back up the path without turning around once.

Here are a couple links to anti-bullying sites:
http://www.youandme-bullyfree.com/index.html
http://vimeo.com/37246679
Posted by Stories by Julie at 10:27 AM