Anecdotal Proof of Story in our lives abounds.  Here’s yet one more.  I am reading Kendall Haven’s ground breaking book Story Proof: the Science behind the Startling Power of Story.  He has been invited to be and accepted being the featured headliner for the Spring Storytelling Conference put on by Rocky Mountain Storytellers in April, 2013.  And because I am producing the conference, I have had the pleasure of email and a phone conversations with him.  Kendall is a very generous person when it comes to Story and his research. 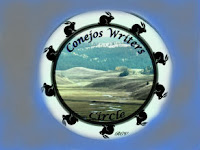 Now to the anecdote.  The Conejos Writers’ Circle to which I belong met last night to share something we had written for guidance and critique.  Because I had recently gone through my files purging unneeded paper for recycling, and because of my recent conversations with Kendall, I thought of an old paper I had written as a senior for my high school civics class.  Which, yes, I still have although it is yellowed and frayed.  And which I did not purge.  Why?  Because of the written conversation recorded at the bottom.  My typed comment: “Mr. Staib, I hope you don’t think I’m trying to make this seem silly or something, because, well, I just thought perhaps a bit of humor might ease the reading of this report since you have to read two dozen on the same case.”  To which he replied in red ink: “I much prefer a report in this manner than some of the rather unimaginative types!”


“Oh my, what did she write about?” you may be thinking.  I have included the uncorrected highlights from the first page and a half of my story/report which is three 1.5 space full typed pages.

“Upon entering the Courthouse we congregated around the jury wheel.  Finally, after much expectant waiting, a little elderly man came to our rescue.  He explained about the jury wheel, which was beautifully carved out of lovely cherry-colored wood. …
“After he was done talking we were rescued (from him) and ushered into the elevators by another little elderly man.  …he led us into the main hall.  Here he left us and went to get some legal newspapers while we stood looking at the surroundings and talking.  He returned with the papers (all old copies) and passed them around.  (I wonder how many ever reached home.) … We were … instructed to keep very still upon entering the court room.
“The case I saw had just gotten started for the morning–in fact we saw the jury while we were waiting in the hall.  When we entered the doctor was on the witness stand.  He was being questioned by Mrs. Culver’s (her real name) lawyer.  It seems she had been injured in a car accident and he had examined her.  He established the fact that her injury most probably resulted from the accident. …
“Mrs. Culver’s lawyer was young.  He seemed to be just starting, for he had an older man with him whom he consulted many times.
“When he was done asking the doctor questions Mr. Page’s (his real name) lawyer, who was elderly and very sly, started asking tricky questions.  He got everything so twisted up that the young lawyer had a hard time straightening it out during the second questioning.  Many times during the questioning by Mr. Page’s lawyer the doctor seemed to be very annoyed.  He kept making faces at the jury which registered his annoyance at the lawyer’s intricate questions.
“After Mrs. Culver’s lawyer was done questioning him for a second time, the doctor was excused by the judge.  He left, very disturbed.”
Posted by Stories by Julie at 11:58 AM

What an enjoyable story -- and it is quite true, what your high school teacher wrote: so many students, at whatever level in the course of their education, write so badly that the few who can write well are a welcome relief. Their papers will almost automatically get better grades even if the content of or research behind those papers is problematic. Ask any educator -- or any student who is also a good writer ... or storyteller. --Mario R.

Julie -- I just got Kendall Haven's book from Amazon -- it is justifying what I have learned at a National Seminar for Teaching Artist taught at and by The Kennedy Center for Performing Arts. Seemed I am destined to come in April!

Mario, that is true!

Nicolette, I hope you are able to come. It would be so much fun to have you in Colorado!