Tale of a Mouse's Foot Continued

In June I posted the follwoing:

"Last month, after I heard a mouse escaping from a trap we had set, I posted a Facebook comment about it.  Beginning below is the resulting story.  It is a rough draft, not finished yet. But for those who helped me write the story by commenting on my post, I present this as is.  Please let me know what you think.  How can I make it better?  If you who commented before do not see your piece of the story, it is coming next time."
This is next time!
A Tale of a Mouse’s Foot (Part 2) 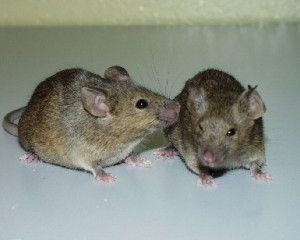 Above their heads, the Cats, Comet and Shadow were planning a party to which they texted a message to their friend Quandary who lived far away: “Dinner Party – Informal Dress – Menu: Mouse Pate” Quandary texted back: “Mouse Pate? Drool… I’ll be there even if I have to drag L along!”
Part 2
But before the Cats, Comet and Shadow, could even finish looking for Mouse Pate recipes in the cookbooks scattered across the floor there was a snap in the drawer!             “Another one!” purred Shadow.
“Murow,” replied Comet flicking his tongue across his lips.  “Start texting again.”
The collection of mice had grown fairly large.  The Cats were keeping them on ice so as not to stink up the house.  They did not want to live outside and knew when they had it made.  Finally they located a recipe in an obscure little cookbook that was shaped like a mouse.
“After boiling for 10 minutes, skin, debone and mash 12 mice,” the recipe stated.  The Cats started banging pots and pans about in order to find just the right one.  “Do we have enough mice?” Comet asked.
“Let me check,” Shadow said as she climbed into the freezer and started counting. “One, two, three, four, five, six… NO.”
“Maybe we could supplement with fish.  There are fish in there too, aren’t there?”
“Or we could serve two dishes.  First Course: Mouse Pate; Second Course: Fried Fish; with ice cream for dessert!  Yummmmmm!”
“Let’s set a date and see if Quandary can make it,” suggested Comet.  “Maybe by that time we’ll have gotten some more mice.”
Looking at the calendar hanging on the side of the fridge, the Cats chose two possible dates in mid fall and texted Q.  To which he replied, “The earlier the better, drool : b”
But as the late summer leaves began to change color and the evenings had a decided chill in the air, no more mice ventured into the drawer.  “Where’d they all go?” the Cats asked one another.
One evening while perched on the chair reading over the Two-legged’s shoulder, Shadow discovered where all the mice had gotten themselves off to.  That night she explained to Comet, “Those fool mice hitched-hiked all the way to New York state!”
“How do you know?”
“They found their way to Bear’s house.  And were caught sleeping in her bed!  I saw it on Facebook.”
“Then of course it’s true,” stated Comet matter-of-factly.  “We’ll have to make do with the six we already have.  Too bad because both Q and I love to eat.”

Quandary and L finally made the pilgrimage south and the three Cats had a fine dinner of Mouse Pate, Fried Fish and Ice Cream for dessert while the Two-leggeds went off to enjoy stories at the TaosStorytelling Festival.

Posted by Stories by Julie at 3:33 PM