O is for Ordinary

Both are fiction, both involve royalty, both involve conflict (what good story doesn’t?).  But The Far Pavilions is a fictionalized account of real happenings prompting me to say, “The Russians won’t be able to take over Afghanistan.” as well as “What are we thinking going into Afghanistan?” And The Ordinary Princess is pure fairy tale fantasy.

How many fairy tales have you read, listened to, told about a princess who is totally ordinary?  Well, the princess in question here was born a royal pink and gold beauty, but then came the christening with all the hoopla and fairy blessings. 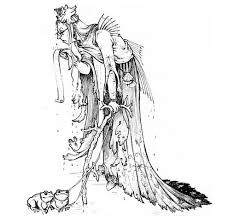 Old Crustacea “raised her twist coral stick and waved it over the cradle of the seventh princess.  “My child … I am going to give you something that will probably bring you more happiness than all these fal-lals and fripperies put together.  You shall be Ordinary!”

And Princess Amy was ordinary.  She cried and fussed, she had limp mousey brown hair, she climbed trees, she got banged and bruised and tore her royal dresses.  And then she ran away to live in the forest where she met Mr. Pemberthy who ate acorns and Peter Aurelious who knew how to fly.

Amy got a job as the fourteenth assistant kitchen maid in a neighboring kingdom in order to purchase a new and ordinary dress as her fancy frock was nearly torn to shreds.  While working she met someone else who was ordinary.  And their ordinariness made them suited for one another.  It is a “Happily Ever After” ending, but not in the way you may think.  After all Ordinariness is not magical - or is it?
Posted by Stories by Julie at 9:08 AM

ooh i love this , thanks Julie, surely going to get this book. we need these stories, always looking for that one bit of extraordinariness, we miss a life full of magic, just because it is out there in abundance... like the magic of breath, flowers, cycles of life...

The Far Pavilions is one of my favorite books! I hadn't heard of The Ordinary Princess...will look into it. Thanks!

Modhukori - you are so right. Magic is in the ordinariness that we take for granted. Hope you enjoy the Ordinary Princess.

April, Enjoy The Ordinary Princess. It's a fun read and if you have kids they'll enjoy it too.