Q is for Queen

Queens like many women in the old tales play an important but secondary role.  They die off, they are step-mothers (with all the old connotations), they are not listened to, and in general are a bit superfluous. 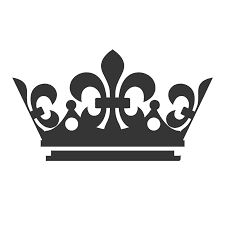 Two of my favorite queens are the Queen from “The Lute Player,” of whom I spoke Saturday, and the Queen who outwits her husband the king by taking him with her.  There are various tales in which this happens; “The Basil Plant” from Chile is one.  I found it in Suzanne Barchers book, WiseWomen.  There is also “The Peasant's Clever Daughter,” which I have seen various places.  Here’s an internet link to “The Peasant's Clever Daughter.”

So both stories go that a clever peasant girl marries the king.  In “The Basil Plant” the girl’s one-up-man-ship is too much for the king to bear; so he feels he must marry her.  “The Clever Peasant Girl” answers the riddle: "Come to me not clothed, not naked, not riding, not walking, not in the road, and not out of the road, and if thou canst do that I will marry thee."  Once married the king tells his new wife to keep her nose out of his business.  But when she sees how he dispenses justice, she just can’t sit around doing nothing.

Knowing she is behind the “tricks” being played upon him, the king plans to either send her home or burn her up.  But she is allowed to take with her “from the palace that which was dearest and most precious in (her) eyes” or to ask a favor.  In both cases the king is her choice.  He sees the wisdom of her actions and from then on she is either the one who dispenses justice or she helps with it.

Not a bad way to get noticed.  The king couldn't very well ignore his queen and go on ruling himself if he died in the fire with her or stayed at her cottage for the rest of their lives.
Posted by Stories by Julie at 11:46 AM

I always wondered why the queen went to the trouble of dragging her husband home as "the most precious thing" if he was nasty enough to want to get rid of her... :/

My guess is she felt she could be of more use as the Queen Who Dispensed Justice given the fact that her husband did it so poorly.

Just linked your post onto mine - enjoyed both tales! Hope to get my hands on that book soon! Thanks Julie!

liked this post... queen :)what about chinese queens julie, do they have an equivalent?

The Chinese Queens are Empresses. There are clever women in some of the stories I collected in China, but I'm not aware of a clever Empress although that doesn't mean there aren't any.

I like how the king finally realized his wife the queen was quite a wise woman.

The queen being a wise woman and the king realizing that is, I think the whole point of the story. Women were often not perceived as wise by men when these stories were first told.